How to define two way curved plates in Advance Design?

An example of a two way curved plate is given below. A new plate is being generated starting from the arcs definition: Arcs are created as polylines with a specified number of even segments placed at an equal distance from a defined point (arc center). Two curved lines (directrix and generatrix) created from arcs will represent the starting point of the drawing: given a plane curve, called the directrix, the surface traced out by a line, called the generatrix, not in the plane of the directrix, moving parallel to itself and always passing through the directrix will draw the two way curved plate. Any particular position of the generatrix is an element of the curved surface. 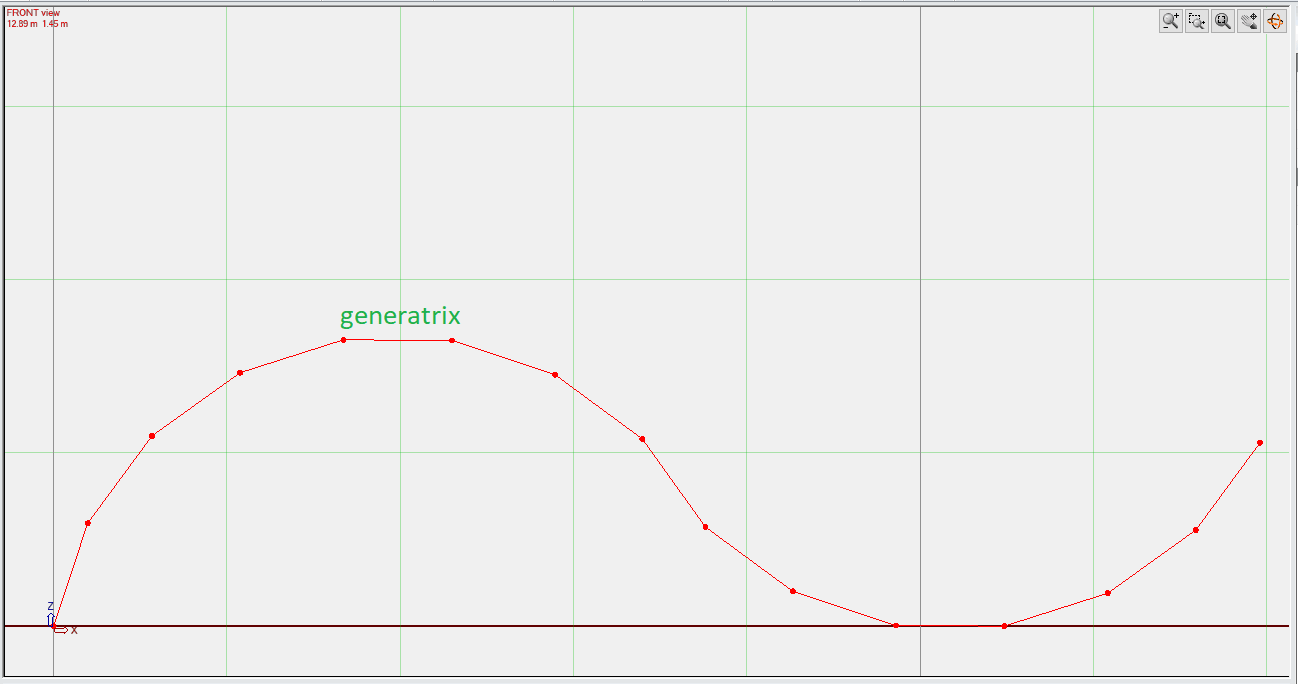 Draw the generatrix in the XoZ plane 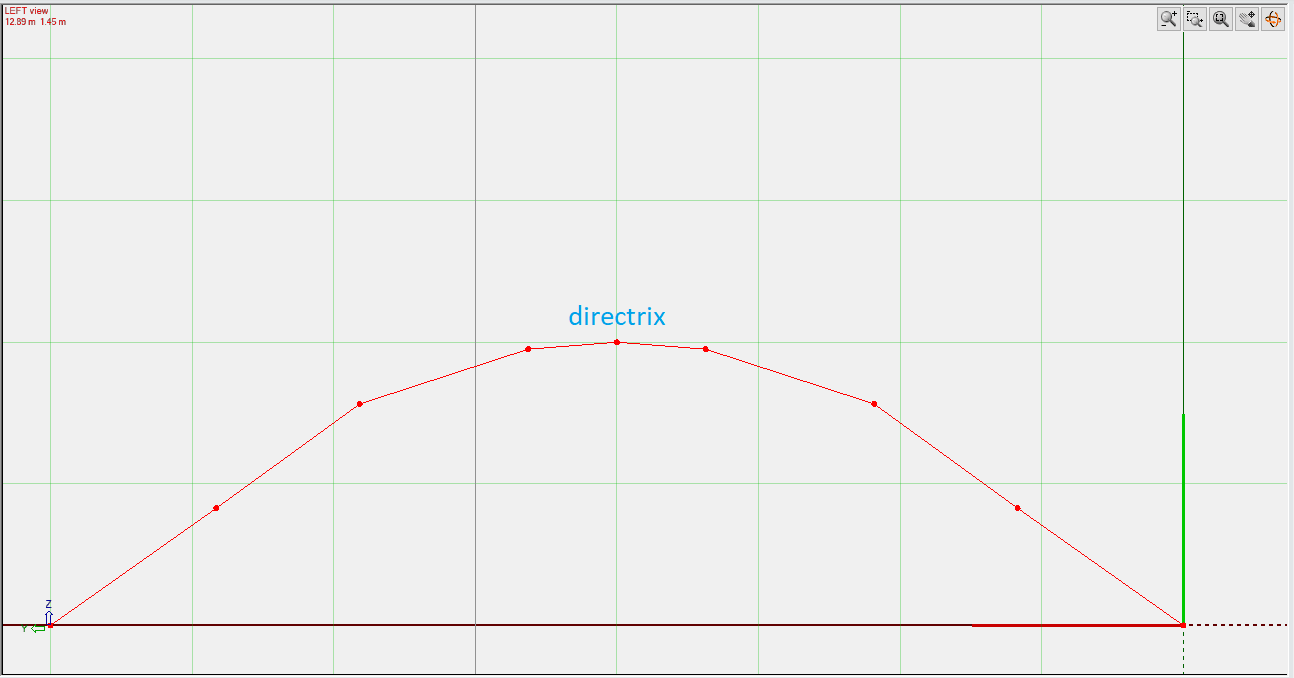 Draw the directrix in the YoZ plane 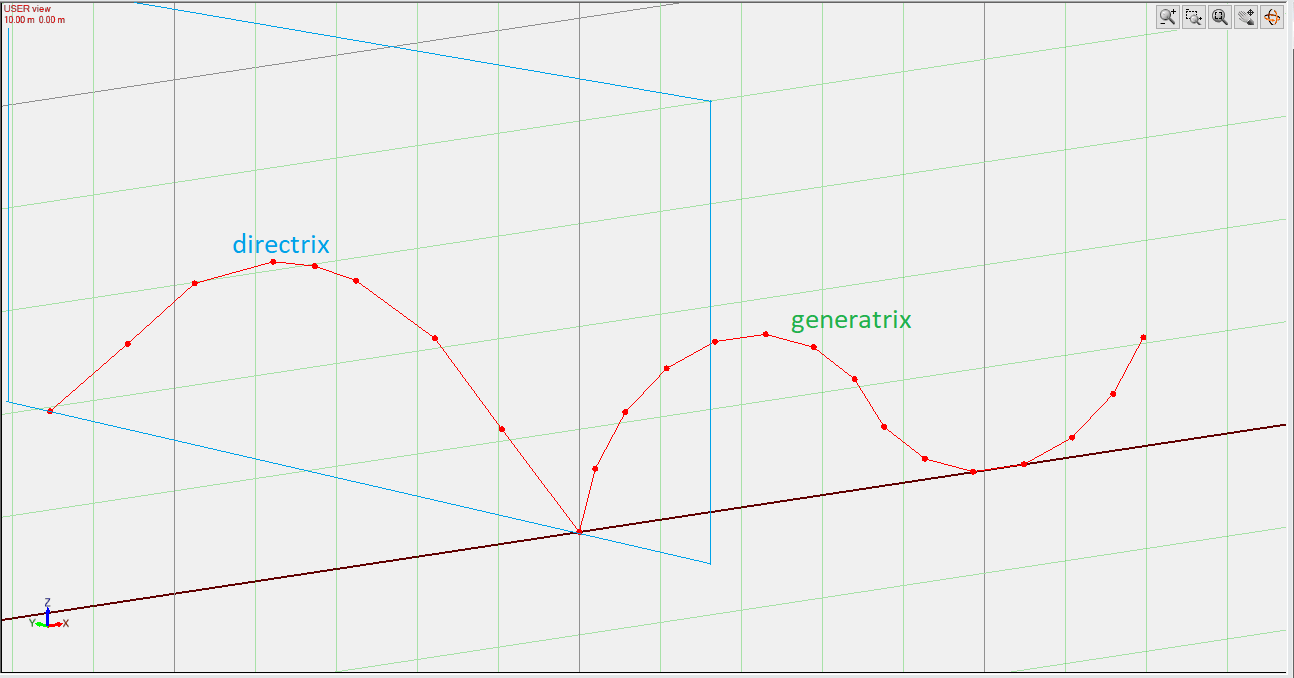 Generatrix and directrix in orthogonal planes

The generatrix is copied along the directrix at equal distances. 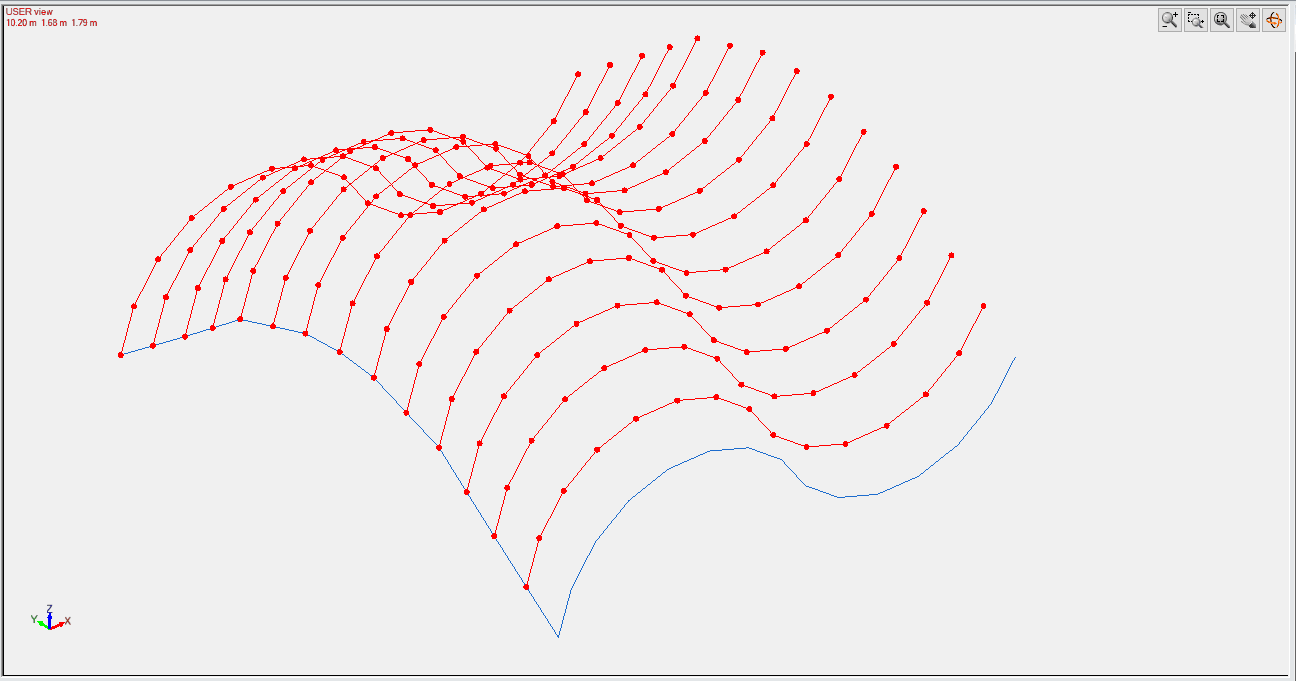 1st row of lines to define the grid

In order to create a complete grid the role of the two lines is changed - the generatrix becomes directrix and vice versa: 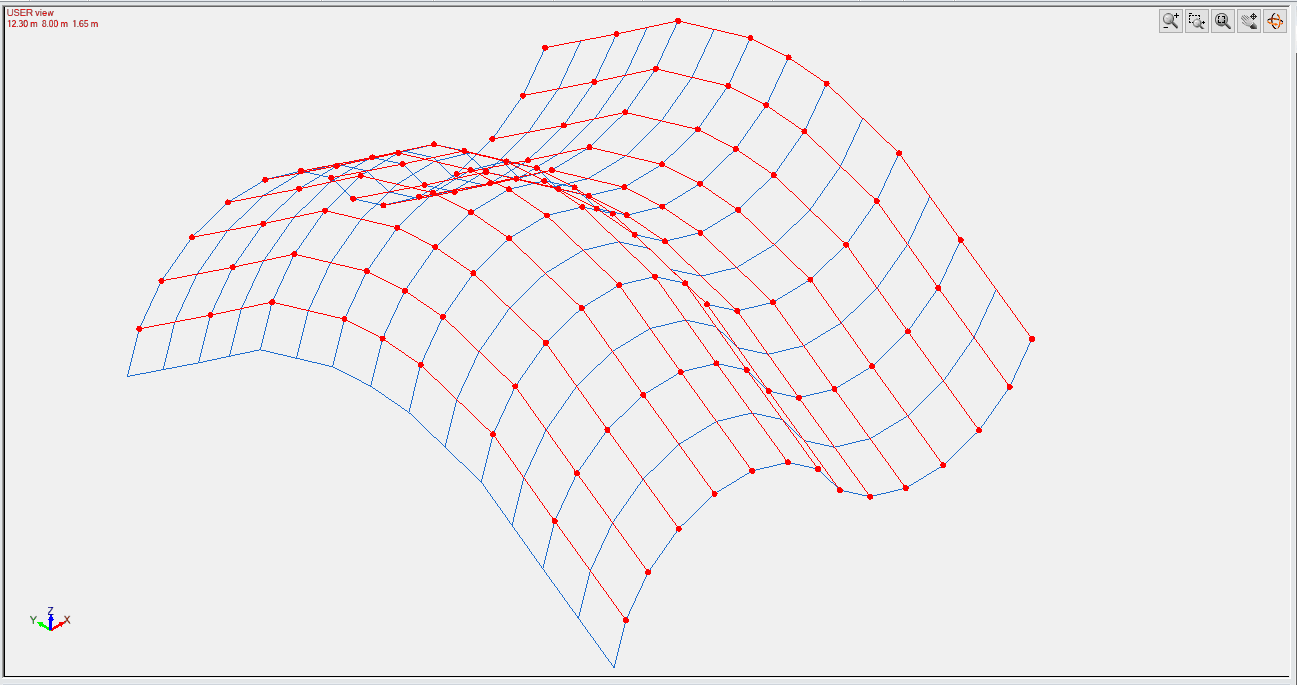 2nd row of lines to define the grid

A network of quadrangles is obtained mulled on the real, desired curved surface.

Next step is to fill each quadrangle with a planar element. A shell will meet the required structural purpose. If the grid lines are converted to linear elements, a membrane may also be used. It all depends on the design concept. Here, we will use shell elements with axes oriented in the same general direction. 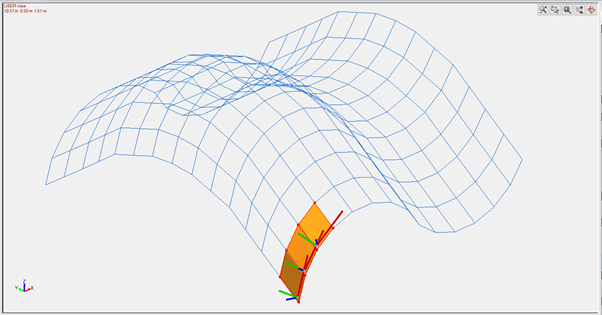 Draw plate elements one by one inside non-identical grid holes

The resulting quadrangles have peculiar dimensions, but analysing carefully the pattern of the grid, we can use copy-paste, mirror or other CAD tools to speed up the process.

After drawing half the plate we mirror it about the symmetry axis. 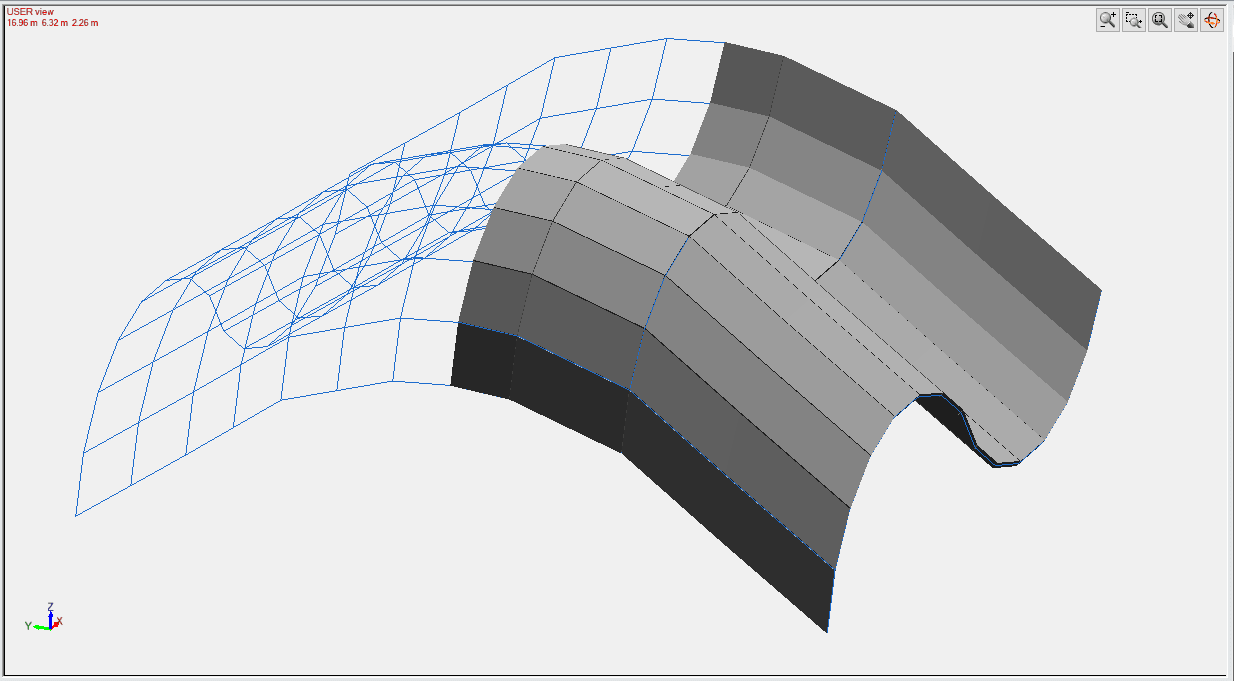 Symmetric plates to be mirrored

At the end we obtain the full two way curved plate composed of multiple quadrangles connected between them on the edges. A denser grid will result in a smoother representation of the plate. 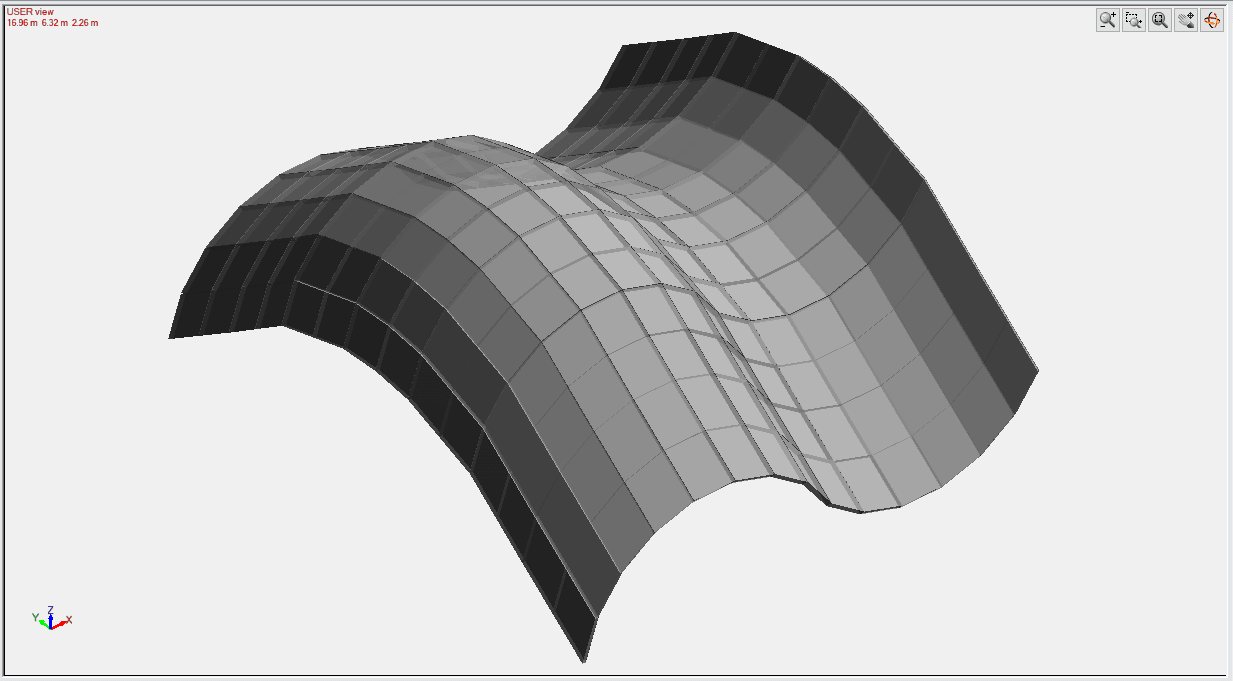 If a more complex shape is imported from a CAD software, the method is adapted in order to create a FEM compatible geometry: a network of polylines and plane quadrangles fully connected on the edges and corner nodes.

Note: The automatic climatic loads generation on such atypical structures falls outside the regular shapes addressed in the codes. Therefore, it is advised to compute wind and snow loads according to studies and recommendations adequate to this type of shapes.