How are coffered ceilings designed?

To easily design concrete coffered ceilings, you can use certain modeling functions provided by Advance Design. 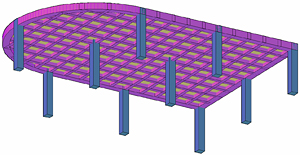 For this example, a concrete coffered ceiling will be created, similar to the one in the figure. The columns in this model will be square sections with a 40cm side and a height of 3m. The beams will be 20x40cm sections. The distance between the beam axes will be 1m. The length of the entire model will be 15m and the width will be 10m. The slab thickness will be 20cm.

The entire structure will be created in Advance Design, in just one subsystem, that will have the Level options active. The height of the level will be 3m. 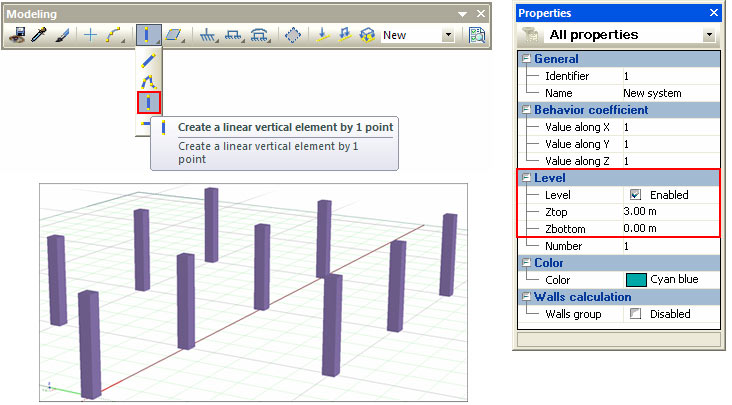 A fast way to create rigid supports under the columns is to automatically create all the supports using just one command: "Generate/Structure/Auto supports/Rigid". 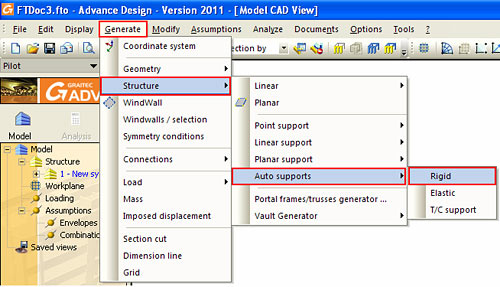 Using the "Create a line" and "Create a arc by 3 points" commands you can create the perimeter contour of the slab. The arc will be approximated from 10 straight lines.

For a better perspective of the model, we will hide the workplane using the "F7" command: 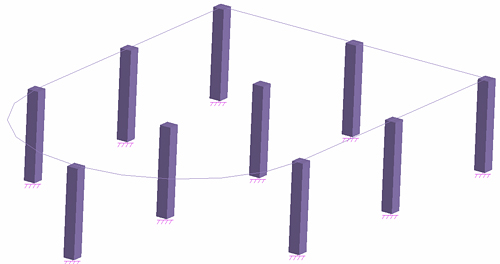 The next step is to create the beams. We will begin with the beams from the short side of the structure. We will create a 20x40cm section beam at one end of the structure. This beam will be multiplied using the "Translation defined by a total vector (divided in n copies)" copy method. The vector will be chosen on the screen between points "1" and "2".
The number of copies will be 15.

After the copy command, the structural model will look like the following figure:

Using the same method, we will create the beams from the long side of the structure, with the number of the copies being 10:

At this point modify the beam lengths such that the beams do not stretch beyond the slab dimensions. This can be done using the "Cut (Ctr+U)" command.

Because this command requires multiple selections of the elements to cut, it is recommended, in order to make it easier, to change the rendering mode from "Profile" to "Axes" and view the structure using "Top View (Alt+3)".

To create the curved beam in the model, use the "Convert lines to linear elements" command.

The arc line will be selected, the command will be initialized, and before converting the line into a linear element, you will be asked if the line arc should be erased. Choose not to erase the line arc in order to use it to generate the slab.

The curved beam, just like the arc, will be approximated from straight segments. The number of short beams is equal to the number of segments from the arc. The beam section will be the last section inserted for a linear element (in this case 20x40cm). 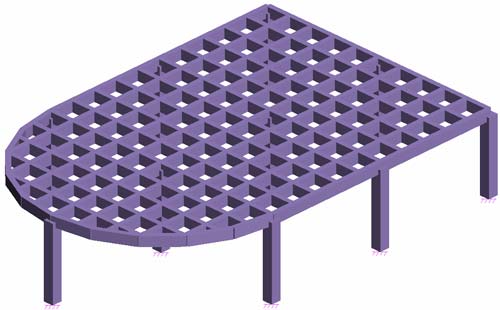 The slab will be created similarly to the curved beam: the slab perimeter lines must be selected and the "Convert lines to planar elements" command is used: 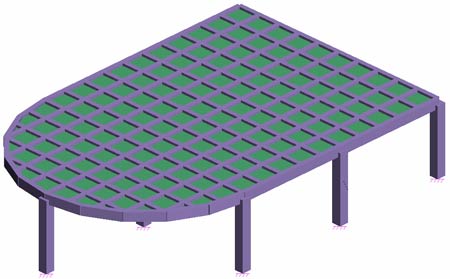 The beams and the slab are created with their axes. If you want a better representation of the real structure, insert eccentricity for certain elements. The structural elements alignment can be done in different ways depending of the structure dimension. In this case we will raise the slab by 10cm: 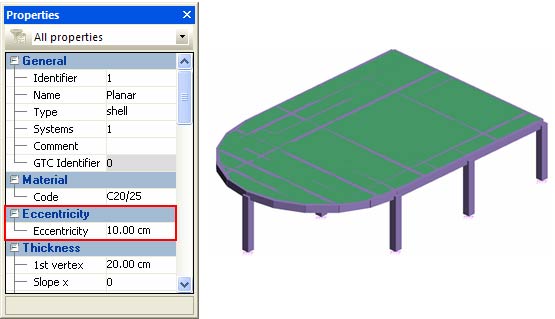 To be able to better see the structure, you can use different options from the "Predefined views" toolbar.