How is a truss modeled in Advance Design?


In the following examples different ways of creating a truss will be presented.

1. Using the frame and truss generator

This function can be accessed from the "Generate / Structure / Portal frames/trusses generator" menu. 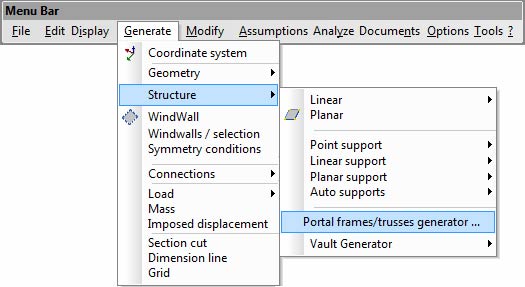 In the "Model library" window, the user can select different predefined frames or trusses. 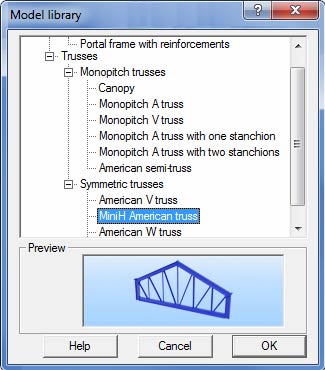 After choosing the truss type, the next characteristics must be defined:

2. Import of lines in DXF format

The trusses can also be created in Advance Design by importing lines in DXF format and converting them into linear elements.

This method is fast and useful if the user already has the truss geometry from an architectural plan.

The truss can also be created using a more direct approach by manually modeling the truss element by element.

In Advance Design a series of CAD functions are available: copy, move, rotate, symmetry, subdivide and others. No matter what method is used by the user, the results will be the same:

The following static scheme is recommended: each node of the truss will have at least one element that has all the restraints rigid and the rest of the intersecting elements will have the rotations in the truss's plane free (articulated).

This release, rotation in truss's plane (Ry) of the linear elements, is defined in the properties window of each linear element for each end.

Note: The number of the element's extremity is always given by the orientation of the local x-x axis (in red).