How to perform one-way slab modeling in Advance Design 2018

In Advance Design 2018, the only elements that can transfer loads on a specific direction are wind-walls and steel decks.

To define a one-way slab, you can use a workaround involving the wind-wall, but the method depends on the type of element modeled in Advance Design 2018.

Therefore, the following method is used for modeling a one-way reinforced concrete slab fixed supported on the loading direction and hinged on the other direction:

1. Define the shell plate element, which is fixed on the loading edge and pinned to its two releases 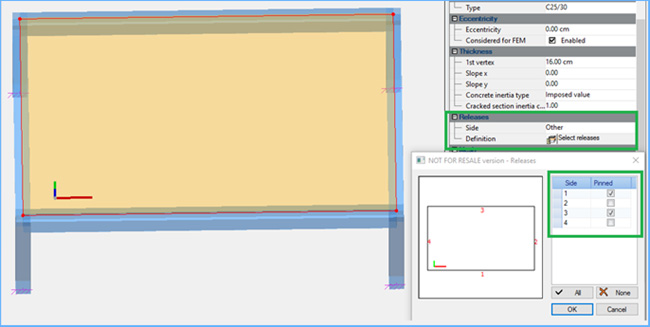 2. Disable the supporting element option so the concrete slab won't transfer any loads to its supports. All loads will be collected and distributed by the Load area (Wind-wall), while the Slab will keep its rigidity and strength capacity.

3. Cancel the plate element's self-weight using one the following methods:
a. define a new concrete material with null (zero) density and assign that material to the slab: 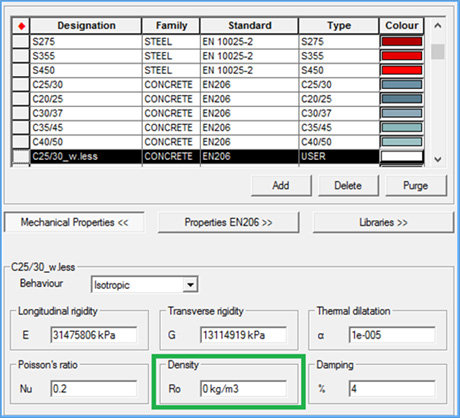 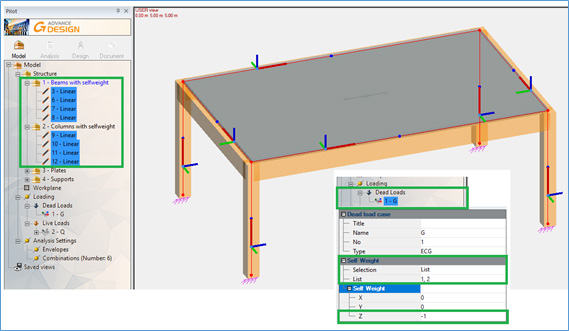 4. Define the Load area and assign the equivalent dead load of the plate, as well as other loads to it.

5. Run the analysis. Observe the loads (self-weight and live loads) distributed by the Load area at the beams normal to the x local direction of the slab.