How is the calculation on steps option used?

When an analysis of a structure has different behavior in different stages (for example, prefabricated elements which have an articulated static schema in mounting stage and later become rigid after finalizing the connections or a comparison of a concrete structure by also taking into account the cracked state) it can be done with Advance Design using the Calculation on steps option. 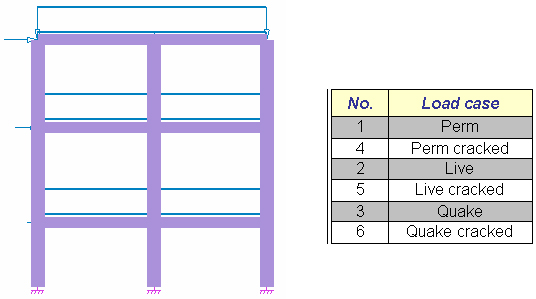 The structural model will be defined with all the load cases and combinations corresponding to each step of the analysis.

The analysis model is created by clicking the Analysis button in the Pilot and in the Calculation sequence window only Verify, Mesh and Evaluate are checked.

After creating the analysis model, the calculation steps can be defined. Open the Calculation sequence window from the Tools - Calculation on steps menu.

In the Calculation sequence window the required number of the steps is added by clicking the Add button. In this example 2 steps are added.

NOTE: In the Calculation sequence window not only the combinations are added but also the load cases contained in these combinations.

The same steps will be followed for the other phase by adding the corresponding load cases and combinations.

Check the Enable calculation on steps and Pause calculation after every step options.
Validate the input by clicking the "OK" button.
Because the analysis model is already created and also meshed, the finite element calculation can be started for the first phase: Analyze - Calculate. Only the Finite elements calculation option must be checked.

After the calculation is finished, the properties of the materials of the structural elements will be modified according to the cracked behavior state and the structural system will be recalculated taking the new hypotheses into consideration. 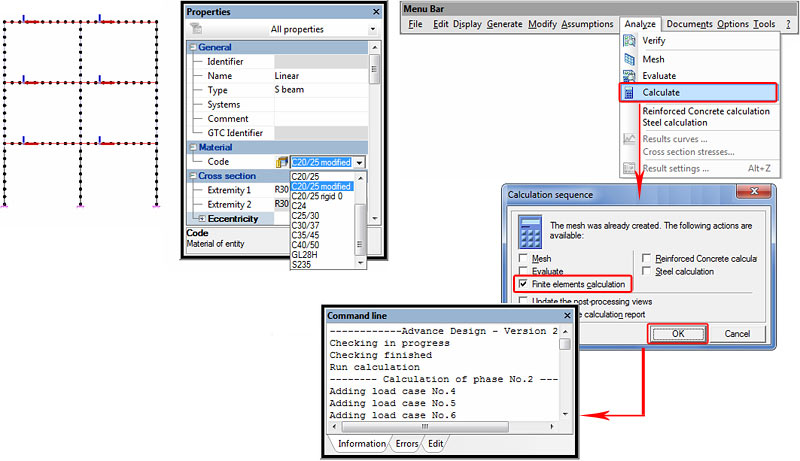