How are tubes represented in NC files?

We can represent tube profiles in NC files two ways: as a normal beam, when we use its profile name (e.g. RO323.9X8) or as an unfolded profile where it is described as a plate, and the name used can be customized using two defaults.

In order to switch between the two behaviors, we need to change the value of a default in Management Tools.

- Find the "Use the unwind beam name as profile code in NC files header" default located in the Structured BOM/NC category. 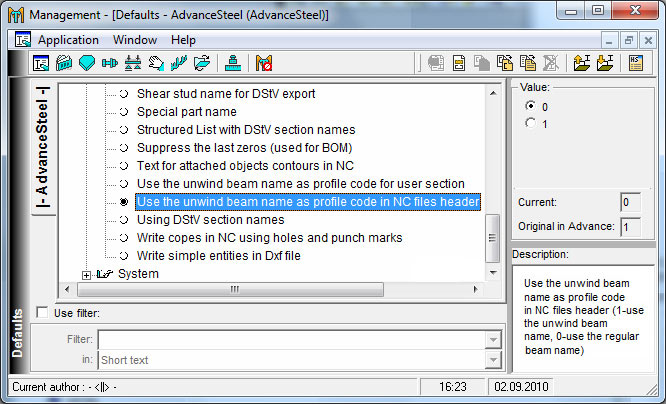 This will represent the tube in the NC file as a normal beam, as in the following example: 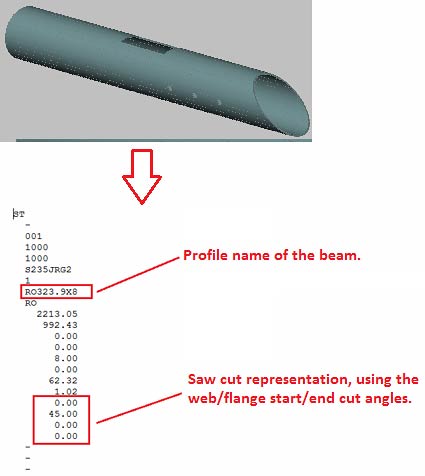 The other blocks containing holes, internal contours, etc. are represented with coordinates on the developed tube.

This setting will give the unfolded beam name and describe it as a plate in the NC file. This means the outer contour will no longer be described by the saw cuts, but by an AK block (outer contour block).

Example of how the tube is represented in the NC file with this setting: 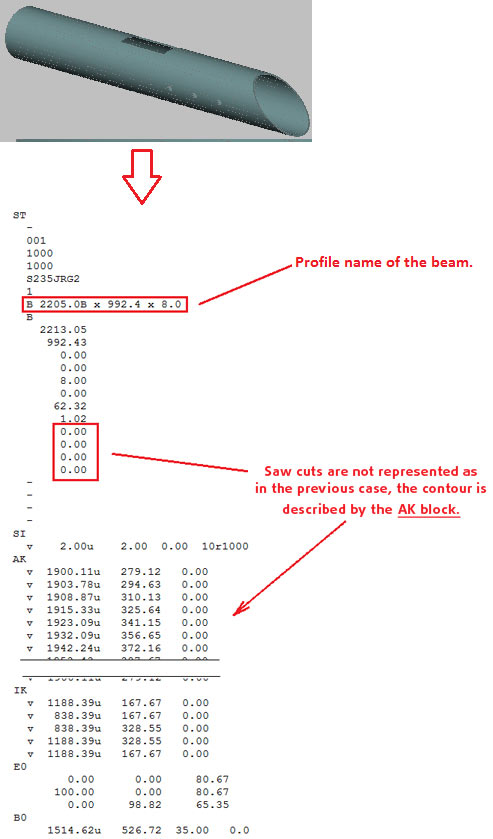