How is a diagram for a linear support calculated?
Tisk

There are several ways in which results on a linear support can be displayed:  as Values, Vectors, Diagrams, Uniform diagrams or Torsors.

A model representing a wall is proposed  as an example,  in order to illustrate how the diagram display of the reaction forces over a linear support is obtained. 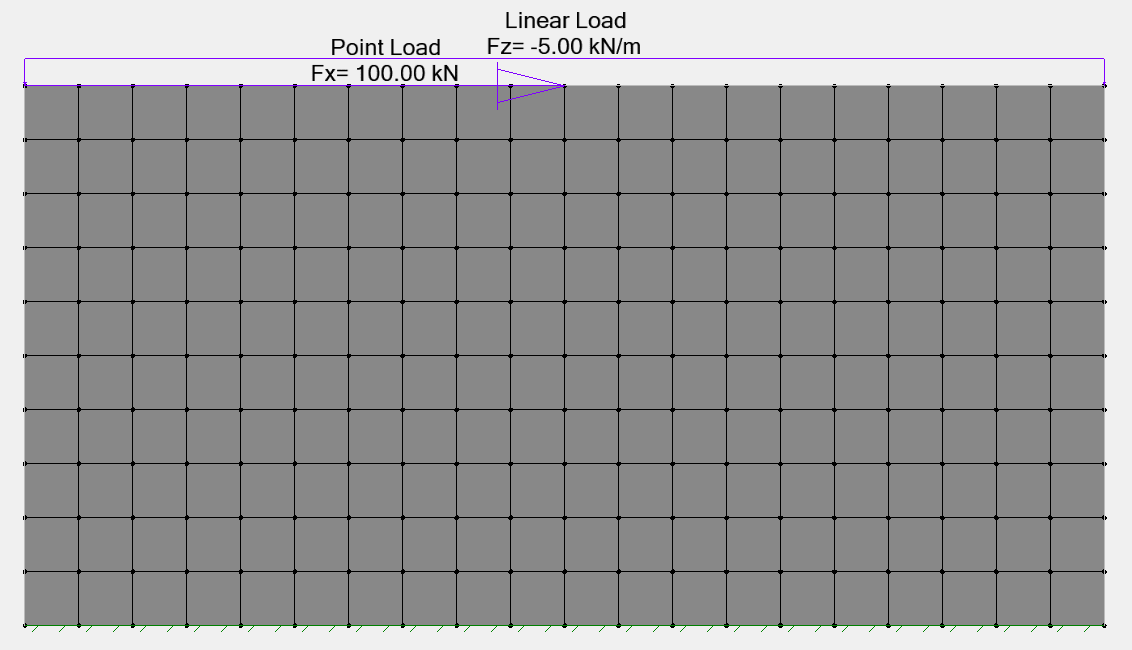 The reactions on the support - Fz (Figure 2), displayed as vectors - have the following values:

The reactions on the support - Fz (Figure 3), displayed as a diagram - have the following shape:

The diagram shape and values are calculated using the vectors.

Secondly, the diagram of the reaction forces along the support - Figure 5 - is constructed by connecting the midpoints of the histogram bars. For the bars at the supports edges, the corner points are used.

Figure 5 - Diagram - constructed from the histogram

Note: For the proposed example, the β factor is negligible; hence, the normalized diagram is similar to the initial one. However, there could be cases where the effect of this factor becomes more significant. E.g.: elements with a coarse mesh, supports with a sudden change in the reaction force (due to applied point loads).